My youthful days often contained a dose of mischief. Sometimes they possessed a smidgen of danger. Occasionally they entailed bewilderment. When luck would pounce, I’d suffered all three together.

In my small group of friends, we were pretty much equals.  By that, I mean similarly irresponsible, immature, reckless, forgetful, unreliable, untrustworthy and, usually, unwashed.  We also possessed some undesirable traits—if you can believe what our parents constantly shouted.

One evening while hunting for a boredom buster, we spotted an expansive blanket of greenery.  It lay uncluttered by manmade structures.  Moonlight glistened off the dew-soaked, low-cropped blades of grass.

Minimally educated brains think in harmony, so we all knew what had to be done.  Tom whipped the wheel to the right, launching us from a striped asphalt runway.  His Mom’s Ford Pinto glided almost silently across the slick turf, sliding side-to-side with the slightest steering adjustment.

We swerved.  We fishtailed.  We spun donuts.

Being careful to dodge the kidney-shaped, sand-filled ditches that interrupted an otherwise wide open stretch of lawn, and navigating a dog-leg turn or two, it was fair to say we were like dirt-track race car drivers.  I believe I saw a finish-line flag, although it was too tiny to wave with flare.  It also lacked any black and white checkers.

We discovered a wonderful teenage pastime. Still, we knew this new sport could be improved. But how?

We found it beneficial to put a t-shirt between our fingers and the sharp edge of the bumper when being slung around behind the yellow beast like a ragdoll… a grinning, laughing, howling, ecstatic ragdoll. Sometimes a human chain formed when, one-by-one, my bystander buddies and I leapt and latched onto a passing pair of feet.  The closer to the tailpipe you dangled, the stronger you had to be.

We also learned to fear the popup irrigation sprinkler.  One strike could abolish your hope of fathering children.  It also could tear out an appendix or spleen, I suppose, but our thoughts almost never were aimed there.

On another trip to the Garden of Glorious Gliding, we did our slip-sliding in a beater pickup truck.  It rattled and clanked its way through the paces for nearly half-an-hour before we pulled over and stepped out to stretch our legs.  We noticed and appreciated the air’s clarity and blinking of stars that peppered the sky.

David moseyed toward a cluster of trees.  Buzzard and I climbed up and stood in the truck bed.  A moment or two later, Tom twisted the key ring.  The engine chugged to life.  Tom revved it a bit, eased out the clutch and turned the steering wheel.  As the headlights swung passed David’s resting place, he ceased his ground-hydrating activity, popped his head from behind a skinny pine tower, looked into the light beams with eyes widened to the size of Christmas tree bulbs and—for an unknown reason—dashed into the open.

Also for no known reason, the truck continued after him.  And it was gaining.  Buzzard and I bent our knees and tightly held on while watching the event unfold.  The light focused on David’s retreat.  His feat fluttered.

David zigged.  Then he zagged.  His maneuvers impressed.  The slippery ground eventually won, though.  Tom hammered the brake pedal.  The truck skidded across the nearly friction-free grass, gobbling up the 10 or so feet that served as a buffer between radiator grill and fleeing human.  David soon disappeared from our view. The sliding truck overtook his position.

We jumped out and raced to the front of the truck to find David stretched out just inches from the wheels.

“I don’t see any tire marks on him,” Tom said.  “Is he dead?” Buzzard wondered aloud.  We should have known from his heaving chest, still-magnified eyes and gaping food hole. But, at that moment, we all mirrored those attributes.  “Not yet,” David huffed.

Convinced the night could get no better, we decided to head home.  A note of instruction capped the event.  “David,” someone bellowed, “You’re not getting back into the truck with us until you close up your pants.”

If I had been carrying a camera, an incredible shot would have been David darting from behind the safety of a tree trunk as the truck lights illuminated his eyes widened in fear and his bottom lip lowered in great surprise.  An image of three boys looking down on another lying beneath the truck’s front end could have been a good story-telling moment.  It would require some explanation, however.  Heck, I was there and I’m not exactly sure what happened.

Ted Salois is a former photojournalist and author of the recently released book, Seven Simple Steps To Make Images Like A News Photographer.  It is available from major book retailers, such as Amazon.com and BarnsandNoble.com. 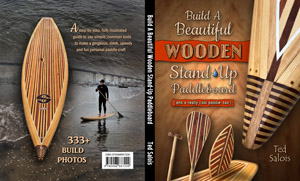